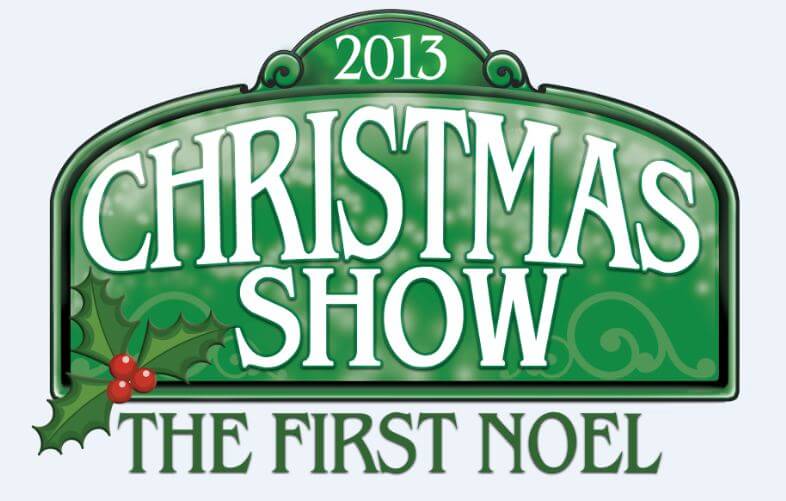 AMT is known for top notch entertainment and the brand new American Music Theatre 2013 Christmas Show, The First Noel that is now playing, will get everyone including Mr. Grinch in the Holiday Spirit. The American Music Theatre is located in Lancaster, PA along the Lincoln Highway. This beautiful 1,600-seat theatre hosts more than 300 live performances a year.

My daughters ages 5 and 8-years old, were super excited for our visit to AMT and they were not disappointed. As soon as we pulled into the parking lot and saw all the sparkling lights on the trees we instantly were in a festive spirit. The lobby is also beautifully decorated with garlands, lovely trees and thousands of lights.

As we entered the theatre to take our seats, we were greeted by helpful ushers who not only helped us find our seats but also gave each of the kids a pack of crayons and an American Music Theatre coloring book. 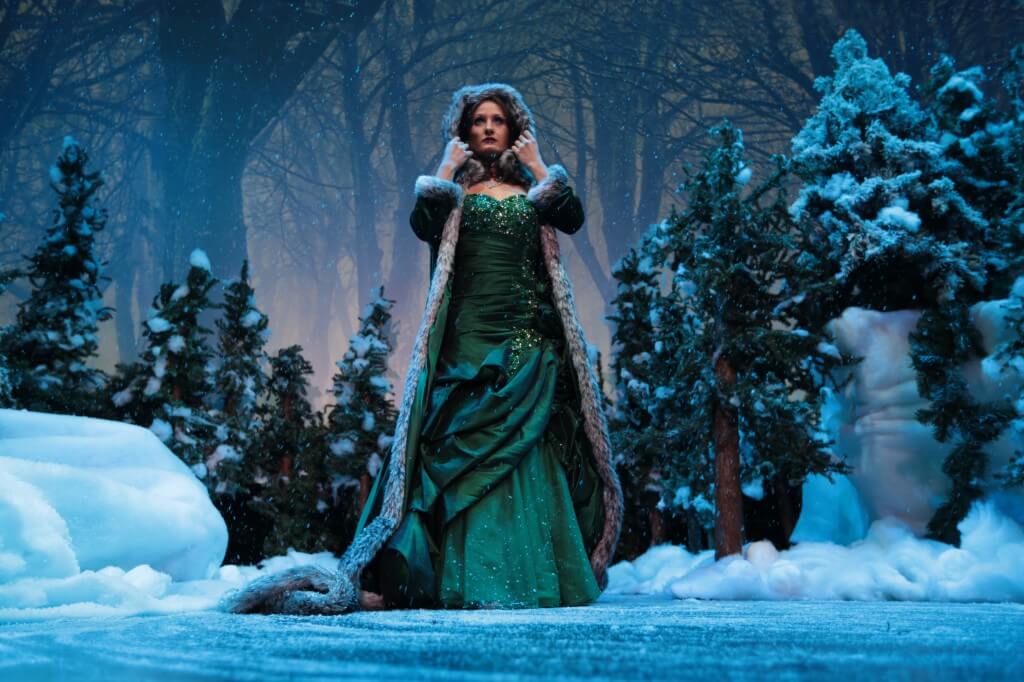 The curtain lifted on Act 1 to a beautiful rendition of The First Noel sung by a cast member in a gorgeous green gown. The lovely green lighting, music and props all gave a Celtic feel to this part of the show. As the show moved on we were taken to a Christmas family gathering at a cabin in the woods. My husband and I both commented on the props this year. Things like all the trees surrounding the cabin looked so real that we actually felt like it was a real woodland scene and not just a stage. While the “family” complete with a cast of youth actors sat around the fireplace, had a snowball fight and more while we enjoyed songs like, “Winter Wonderland”, “White Christmas”, “It’s The Most Wonderful Time Of The Year”, and “Frosty The Snowman”. 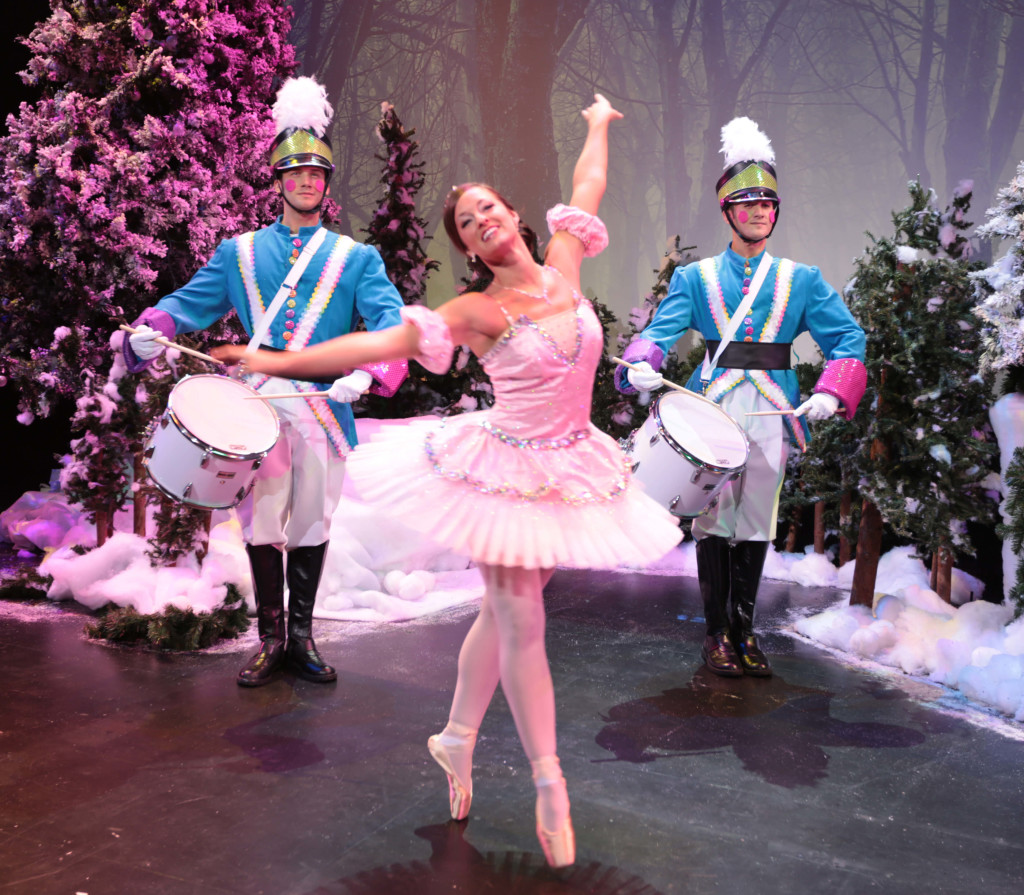 For some reason my 8-year old has fallen in love with the song “You’re A Mean One, Mr. Grinch” and of course she was excited to see it included in the list of songs. She was even more excited when the stage was filled with a bunch of green dancing Mr. Grinch’s. After several more songs including “Little Drummer Boy” and “Mary Did You Know” the first act was over. Act 2 started after a short intermission with the curtain coming up on Santa in his workshop at the North Pole. The elves were a funny group of characters who loved to party when Santa wasn’t looking. There were a total of eight songs in this part of the play and while it did seem to get a little long for the kids they were enthralled by the “Nutcracker Suite” and the beautiful and talented music-box ballerina. Other songs included were “The Polar Express”, “Hot Chocolate”, “We Are Santa’s Elves”.

Next came “The Story of the First Christmas” told by the one and only Wes Cooke. This included songs like “Silent Night”, “Come to the Manger”, “O Come All Ye Faithful”. If we had to name our favorite part of the show, this story and songs would be at the top of the list. We loved how with lighting and other effects we really got the feel of being with the shepherds out in the field and getting to see a sky full of angels, and then traveling to Bethlehem and getting to see baby Jesus. 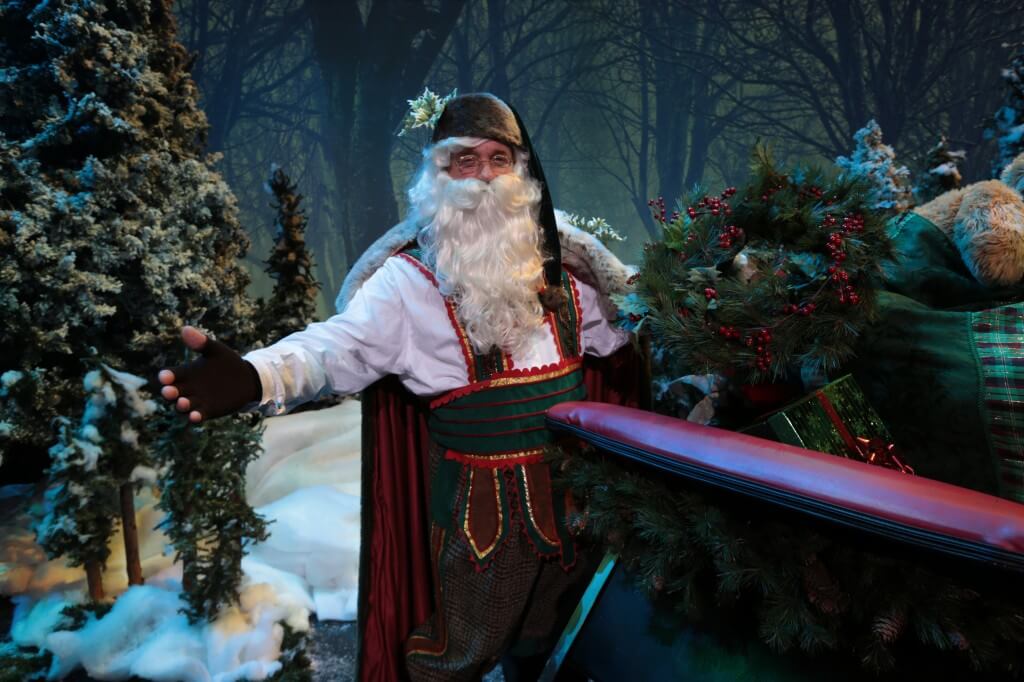 The orchestra that is part of this show does a phenomenal job and in the song “Wizards In Winter” we were treated to the highly energetic rendition performed by the ten orchestra members. The 2-hour show then comes to a grand finale with the entire cast joining in on”The First Noel”.

The American Music Theatre’s The First Noel is a show complete with lovely vocal harmonies, dancing, beautiful costumes, elves, family and more that will leave you with the feeling of Christmas magic. If you are within driving distance of Lancaster, PA and looking to get in the Christmas Spirit, the American Music Theatre 2013 Christmas Show plays through December 30, 2013 and tickets can be purchased by calling (800) 648-4102 or online here.

American Music Theatre is generously offering a Coupon Cutting Mom a 4-pack of tickets to see the 2013 Christmas show! This giveaway is open to US residents ages 18+ and ends at 12 midnight ET on December 7, 2013.

On the Giveaway Tool form below, simply complete as many entries as you would like. Please note that ALL entries are validated prior to winner selection, so do make sure that you fully complete each entry.

Coupon Cutting Mom received one or more of the products mentioned above free for evaluation purposes. Regardless, all opinions expressed are still 100% my own.