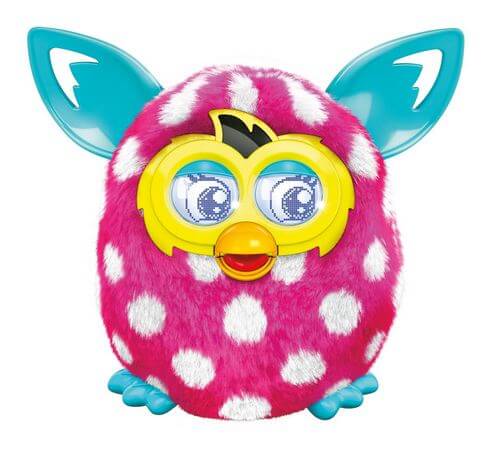 The Amazon Gold Box Deal is the Furby Boom toy. At our house, the Furby Boom has become a favorite toy. With this offer you will pay only $25.99 (reg. $64.99) for the Furby. There are several colors and styles to choose from.

Whether your child wants to dance, play or party, the Hasbro Furby Boom offers a chance an ever-changing child to create a fun-filled companion. That’s because the child can shape Furby’s personality, and that personality will shift as the child plays with it differently. Pull its tail to put it to sleep or feed it with a finger for lessons in nurturing. Pet it, tickle it or play music; Furby is ready to party. Introduce Furby to others or have a long, quiet talk. The more Furby hears conversation, the English it will learn.

The fun with the Furby Boom toy extends to the virtual world, too. Download the free app that will translate Furbish to English. Use the app to give Furby a name, and then introduce him to other Furbies. He’ll remember them later.

Get your Hasbro Furby Boom here while they are at this low price.